Implementing an innovative ripping and liquid injection trial under tough conditions has yielded some interesting learnings for a group of South Australian farmers.

In 2019 a group of four Eyre Peninsula growers embarked on a journey to explore the impact of injecting liquid nutrients deep into the soil profile during ripping, in an Australian-first trial that looked at how to extend the benefits of soil amelioration.

Now in its third season, Syndicate member and Buckleboo grower Tristan Baldock said the trial had provided the group with some invaluable information on making the most from the deep ripping process.

The group also chose a second site south of Kimba, which had white sand over clay with low organic content, and had generally underperformed. The syndicate were keen to use deep ripping to address these soils constraints but wanted to explore methods to make the process more economical and increase the longevity of the ripping.

Through the Buckleboo Farm Improvement Group (BFIG) the growers set about investigating whether injecting nutrients at depth during the ripping process would increase the duration of time before the soil naturally reconsolidated.

““The theory was we needed to make sure we are giving the nutrition to grow that bigger crop and probably one step further, the overall focus was that we knew that these sands we were playing with would naturally reconsolidate over time,” Tristan said.

“So we were really trying to push things, we wanted to create an environment that caused expediated root development in the first two years so we can get those organic matter structures through that profile before it reconsolidated and hopefully keep it open for longer.”

A Paxton Plow soil renovator was purchased and fitted with a Liquid Systems (SA) Spiker Banding Buddy with 13 terminal outlets mounted on 13 tines, at 450mm spacings. 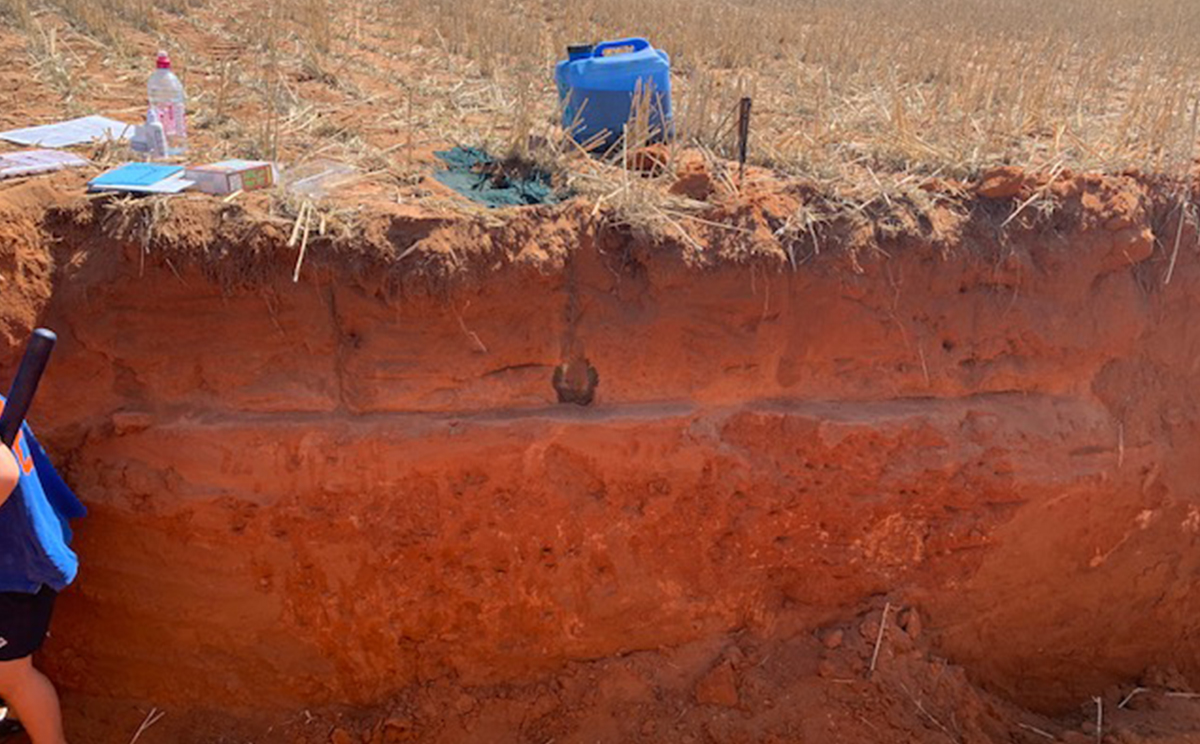 CAPTION: ABOVE, Buckleboo Soil Pit : The liquid injection trial at the Baldock family’s farm was conducted on red mallee sand with layers of consolidated soil.

In March 2019 they set about ripping a main trial site on the Baldock’s property, which looked at the effects of ripping at 300mm versus 450mm, the addition of inclusion plates, the impact of adding liquid ammonium polyphosphate (27L/ha) at depth and the impact injecting a complete liquid fertiliser at economical rates (10into the rip line.

However, the group soon hit a few hurdles. “The actual ripping itself was extremely difficult,” Tristan said. “When we did it was an extremely dry soil profile. We didn’t start finding moisture until about 550-600mm down and of course we didn’t rip that deep. “Trying to keep traction on the tractor and maintain constant speed was an issue for us. “We planned that we were going to be able to travel at 5km an hour, whereas in fact we were ranging anywhere from 2-5km and varying quite rapidly. “There were plenty of times where the tractor just came to a stop and spun on the top because the soil is so structurally hard while it is dry.”

The difficult ripping conditions put the Liquid Systems unit to the test and Tristan said it stood up to the rough terrain well. “What we had been trying to do with the liquids was end up with a spray of liquids going down the back of the tine on the inside of the inclusion plates so as the soil dropped into the inclusion plate down the bottom of the rip slot, it would get coated with the fertiliser,” Tristan said.

However, the inconsistent speed of the ripper, plus fine atomisation, meant the group were having difficulties delivering the total liquid volume of 200L/ha and needed to adjust how the liquids were being delivered.

Working closely with Liquid Systems’ founder Peter Burgess, the group were able to modify the setup from cone nozzles back to a straight stream to deliver the required amount. The plots were then oversown with Scepter wheat in the second week of May using a knife and press wheel and with 50kg of Diammonium phosphate (DAP) and 10L of Urea Ammonium Nitrate (UAN).

The syndicate had planned to rip up to 800ha in that first year, however the conditions meant they scaled back operations to the 60ha trial sites. As the season progressed it continued to be exceptionally dry, which unfortunately lead to the Kimba site yielding no statistical results. However, some distinct benefits started to emerge at the Buckleboo site on the Baldocks’ farm in the plots that received liquid nutrients at depth.

Biomass data showed a clear advantage to ripping at 450mm, and when combined with the injection of liquid nutrients that response was intensified, giving a 25 per cent yield increase. That yield increase was similar across the liquid treatments, leading the group to conclude the response was mainly driven by phosphorus.

The most economical treatment was the complete fertiliser, which at a cost of $75ha, produced a yield increase of over the unripped control plot, which yielded 1.6tonnes/ha, and meant the costs of both ripping and the liquids were recovered in the first year. Ripping without the addition of liquid injection only recovered 90 per cent of the cost. 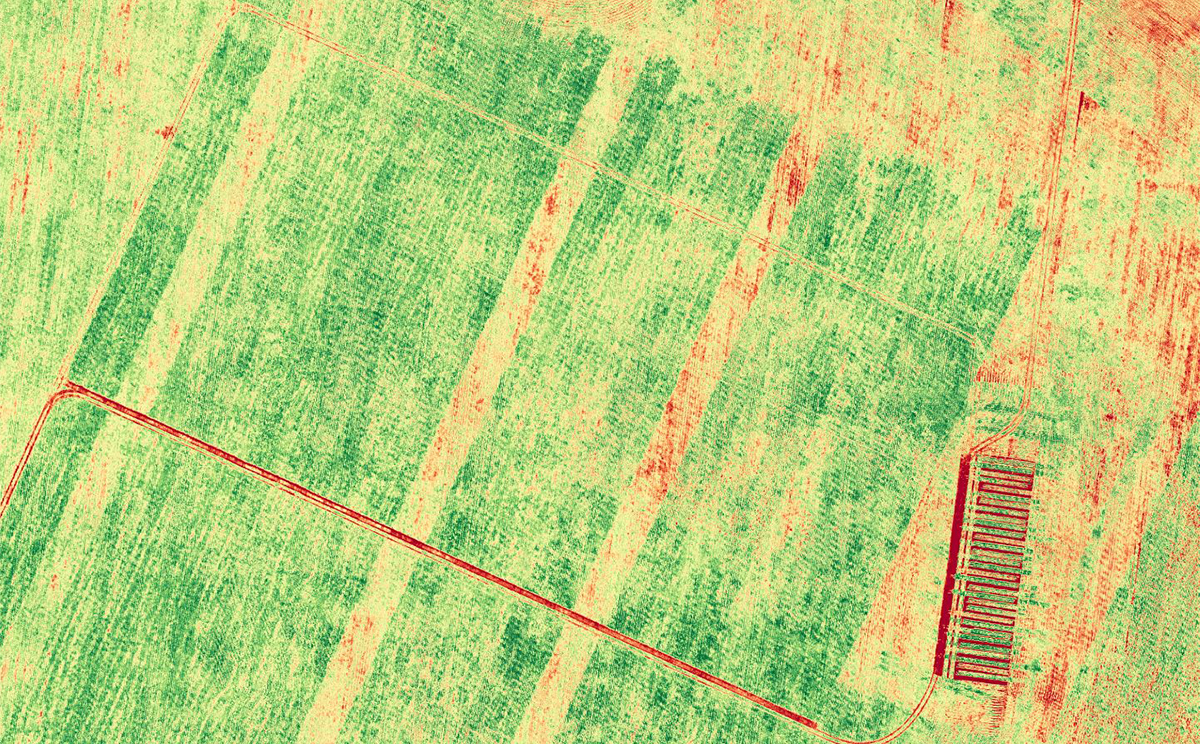 CAPTION: ABOVE, RGB NDVI Plots: NDVI imagery from the 2019 season shows the unripped and 350mm ripped plots underperforming, while the plots with liquid nutrients at depth immediately to their right demonstrated a clear biomass advantage.

In 2020 the plots were sown to barley and this year to lentils, but with both seasons also exceptionally dry it’s been difficult to tease out the impact the conditions have had on the results.

“We know we certainly get a good response from ripping and fertilisation, but what we haven’t been able to do is get a handle on how long it has lasted and whether that fertilisation has caused the effect of ripping to last longer,” Tristan said.

While there is still one more year to run on the trial, the syndicate is already looking to the future, with further trial work on understanding soil constraints set to continue. “There’s a lot to learn about understanding how those soils consolidate and whether there is something we can do to intervene,” Tristan said. “As we understand that consolidation process better there might be some other intervention that we can do. “It might be nutrition, but it might be something else injected in there as well to help with the chemistry side of things.”

Once their knowledge base on these soils grows, the group plans use the Liquid Systems setup to explore the injection of various treatments into rip lines. “It gives us options and gives us flexibility in trialling things, which is really what liquids do full stop and we will continue to use that equipment to make improvements to what are doing,” Tristan said. “When we come back to rip again, I have no doubt that fluid fertiliser will be part of that.” 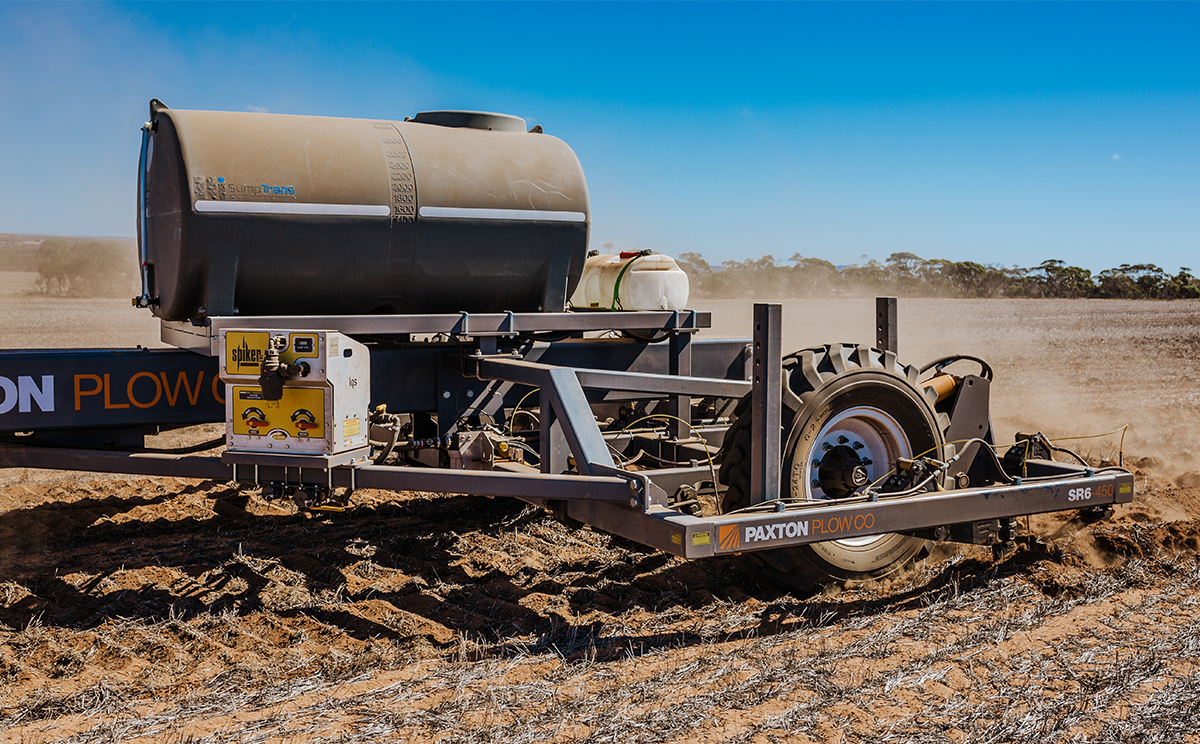 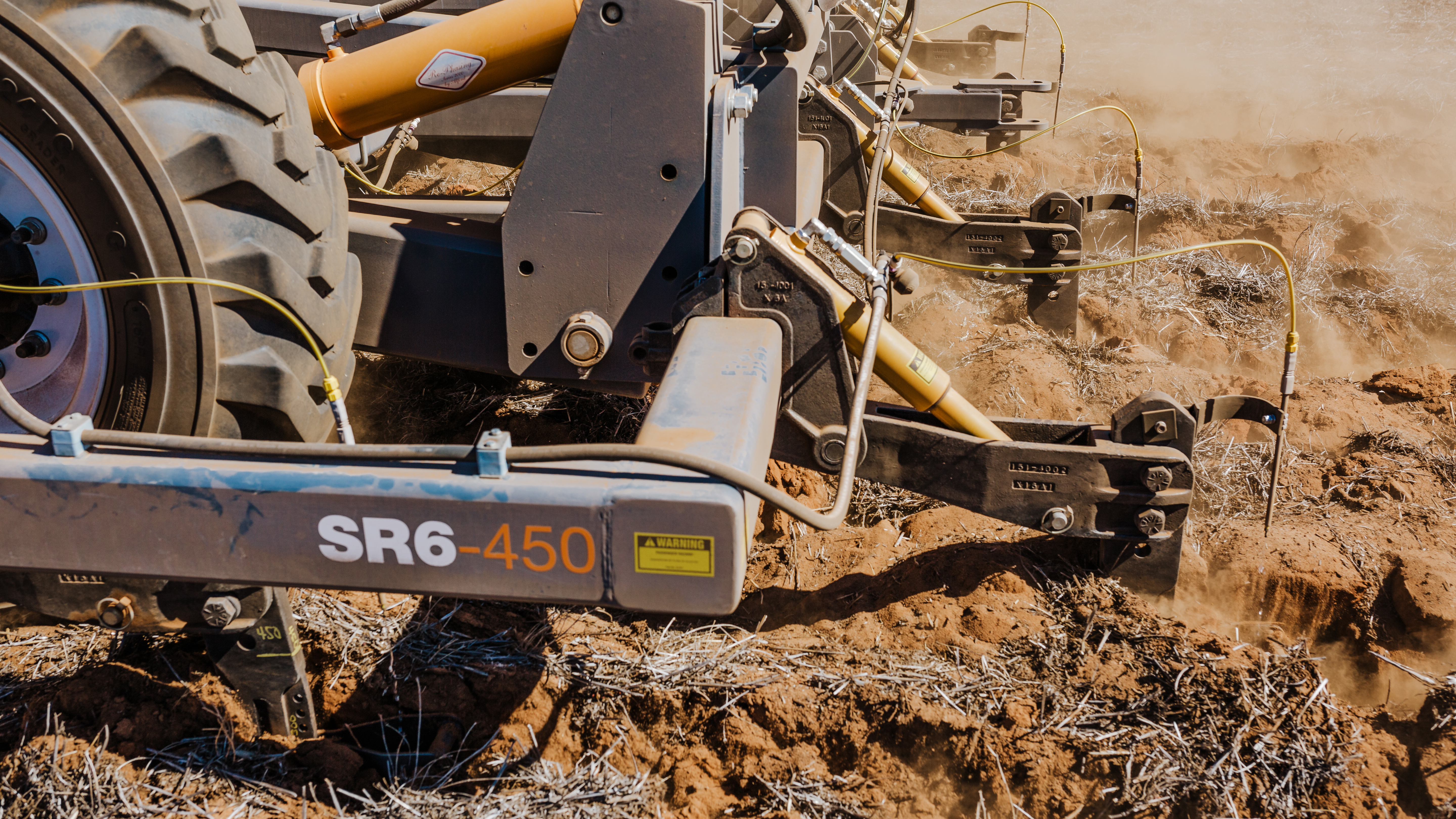 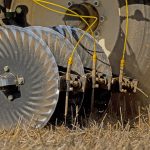 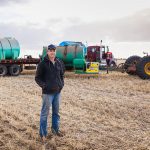 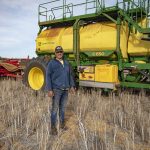