After operating Liquid Systems (SA) equipment without a hitch for seven years, Mallee-based potato farmer Peter Corcoran has no regrets about his decision to invest in the Australian-designed system.

“I hadn’t heard of anyone else using Liquid Systems, but I paid the extra money and got the reliability,” said Peter.

“I plant for five weeks, wash it, take it off the tractor and put it in the shed for six to seven months. Then I put it back on the tractor, plug it in, fill it up and it just goes, the same way it left off the previous season. The reliability of the equipment is fantastic.

“People ask me about Liquid Systems (SA) equipment, and I say it’s unbelievable, you won’t regret it. I’ve seen people with other systems who I talk to two years later and they’re either fixing it or getting a new one. To set up, Liquid Systems might have cost an extra four or five thousand dollars, but seven years later, I haven’t spent anything on it.”

Peter, who runs Corcoran Bros., a potato, cropping and transport business at Bannerton in Victoria, uses Liquid Systems (SA) Spiker module to in-furrow spray a mix of fungicide, insecticide and bio-stimulant into the potato root zone during planting.

The formulation protects against Rhizoctonia and aphids and also encourages root growth, leading to a healthier and higher-yielding plant. “A healthier plant through the year gives you a yield benefit,” said Peter. “I’d say it’s produced a 10% yield increase, which is a difference of about $1200/ha.”

Spraying the liquid mix into the trench is the key to plant health, providing early protection against disease and producing a robust root structure that is primed to take advantage of subsequent nutrient applications. Peter applies more than 2t/ha of fertiliser, including liquid and solid nutrients before and after planting. “The fertiliser I’m putting out now is the same I was putting out before, but because I’ve got a larger and more protected root zone, my roots are making the most of the fertiliser that’s there. I’m getting more bang for my buck because I’ve got a bigger root zone,” he said. 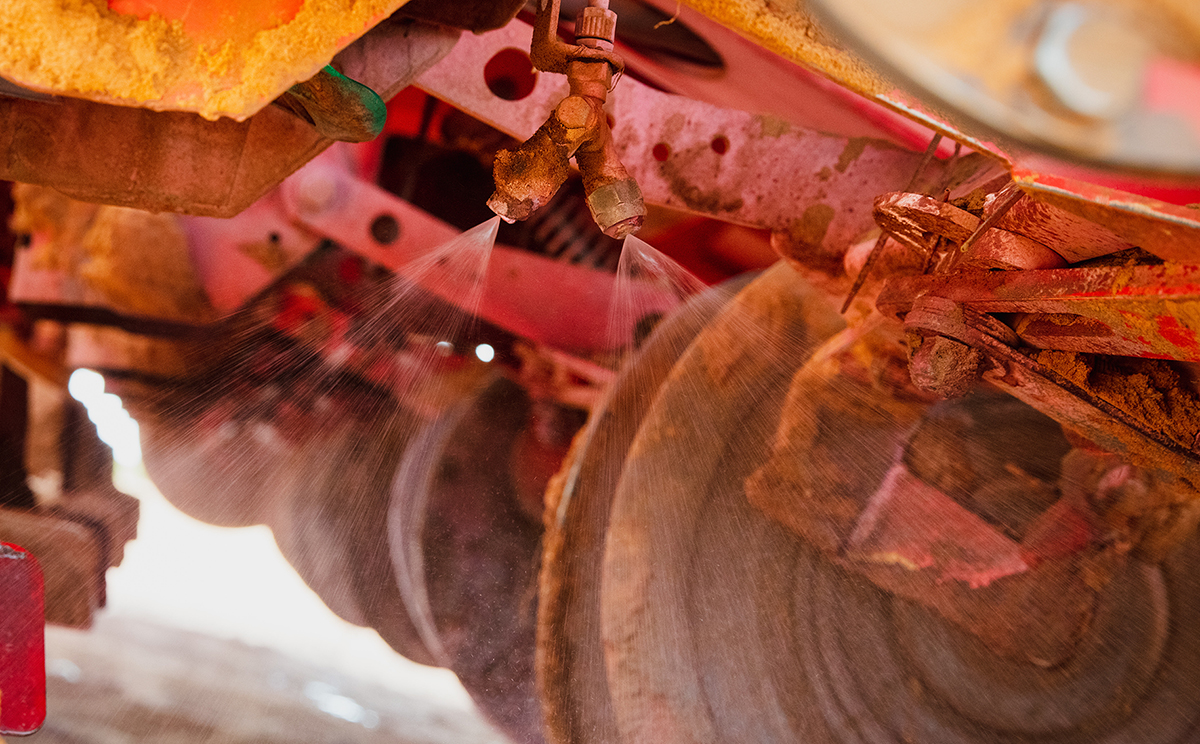 Up front in-furrow application of fungicide has cut down the occurrence of Rhizoctonia by between 80 and 90%, and with the addition of the insecticide Confidor in the liquid mix, Peter has achieved six weeks up-front protection. This means he avoids a spraying pass during their five-week planting regime, which saves time and money. “We were spraying the fungicide and insecticide before we had finished planting,” said Peter. “I had to have someone else on the sprayer to keep up with it.” Applying the protection during planting also means Peter is less likely to need to spray for insects. “It’s preventative. It provides the protection that the crop needs, rather than getting insects and having to go out for the kill.”

It’s preventative. It provides the protection that the crop needs, rather than getting insects and having to go out for the kill. 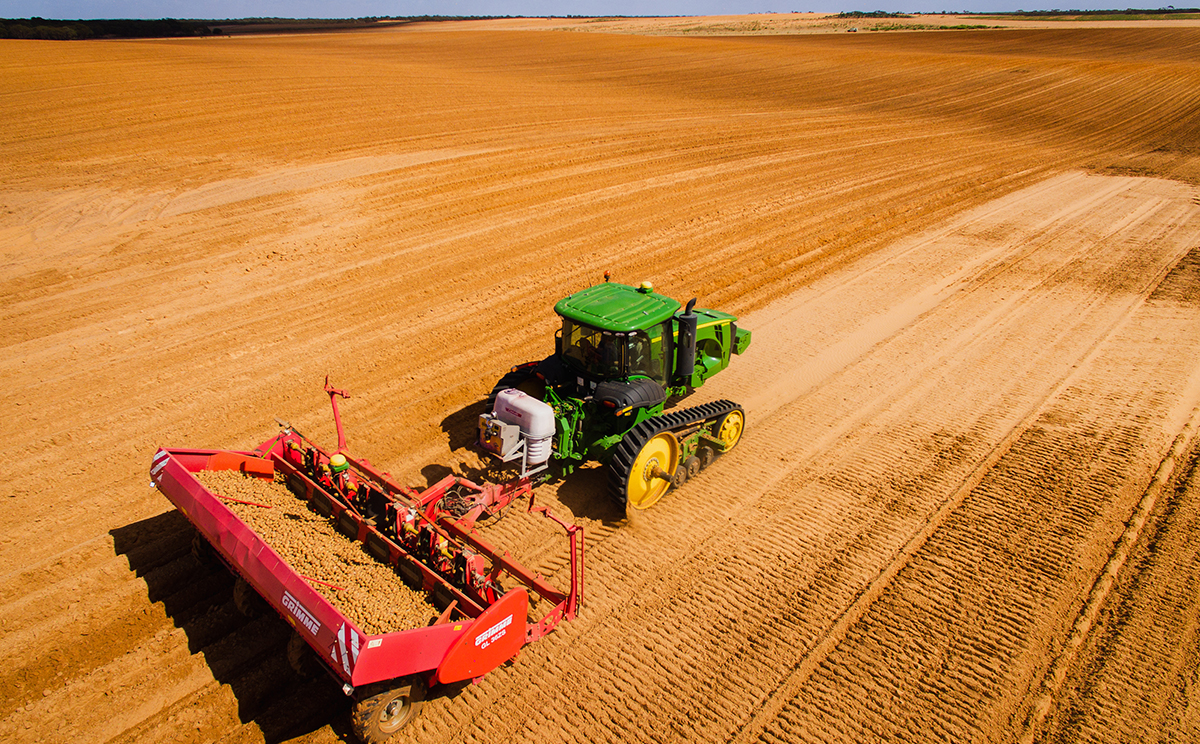 Corcoran Bros. apply 1.5l/ha of the fungicide Aoxystrobin, 1.7l/ha of Confidor and Peter’s own bio-stimulant recipe using the Spiker module, which is fitted to their six-row Grimme potato planter. The system is operated via a John Deere Greenstar rate controller, which the business already owned. “Liquid Systems equipment is virtually plug and play with John Deere. I rang Patrick from Liquid Systems and he just told me the three simple codes to punch into the computer and I haven’t touched it since,” said Peter. “And it’s all in one unit which makes life easier, rather than having ten different screens in your cab.”

Peter purchased a 500L tank for his liquid set-up, which he refills every 8ha. “The Liquid Systems equipment has perfect rate control. I know that if I put 500 litres in my tank, it will do 8 hectares on the dot virtually every tank. No matter what speed I do, it’s accurate.”

The Liquid Systems equipment has perfect rate control. I know that if I put 500 litres in my tank, it will do 8 hectares on the dot virtually every tank. No matter what speed I do, it’s accurate.

The set-up also includes two cone-shaped nozzles per row, one facing forward and the other back, which treats the soil before and after potatoes are planted. The nozzle spray covers 40cm of the 60cm wide-row.

Peter says the other benefit of in-furrow application is more even germination, which has improved the effectiveness of seasonal spraying. “I now have more evenness in plants coming through the soil,” he said. “Instead of emergence over four days, it’s now back to one and a half days. It gives me more evenness through the whole season, with flowering coming on together, making it easier for me to spray the crops.” 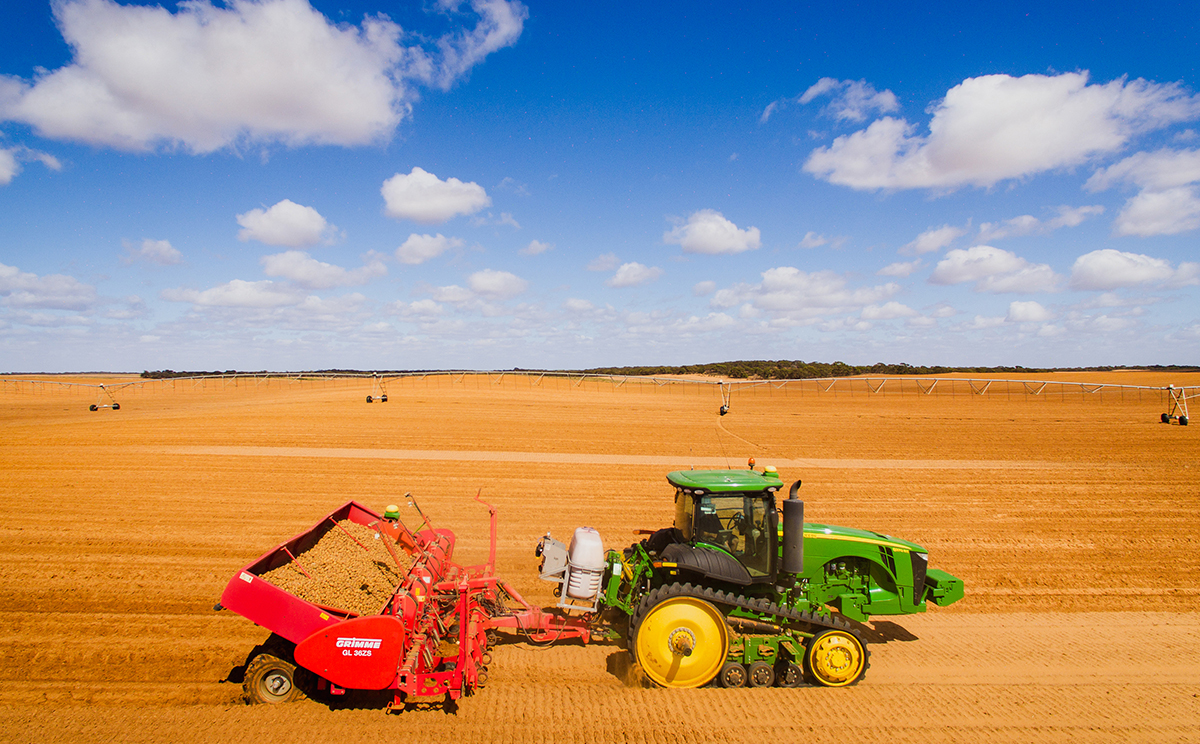 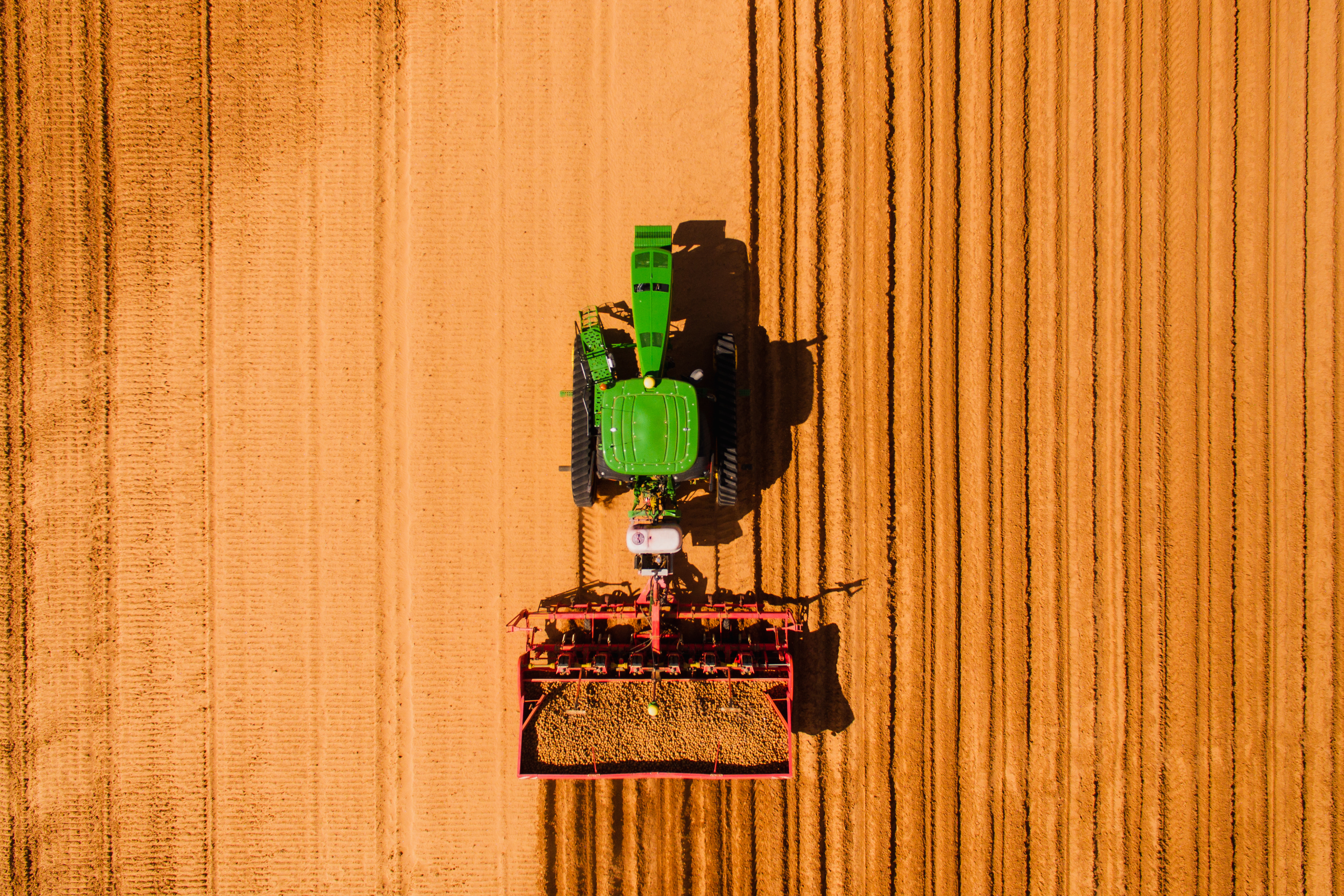 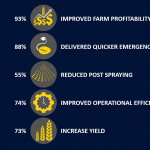